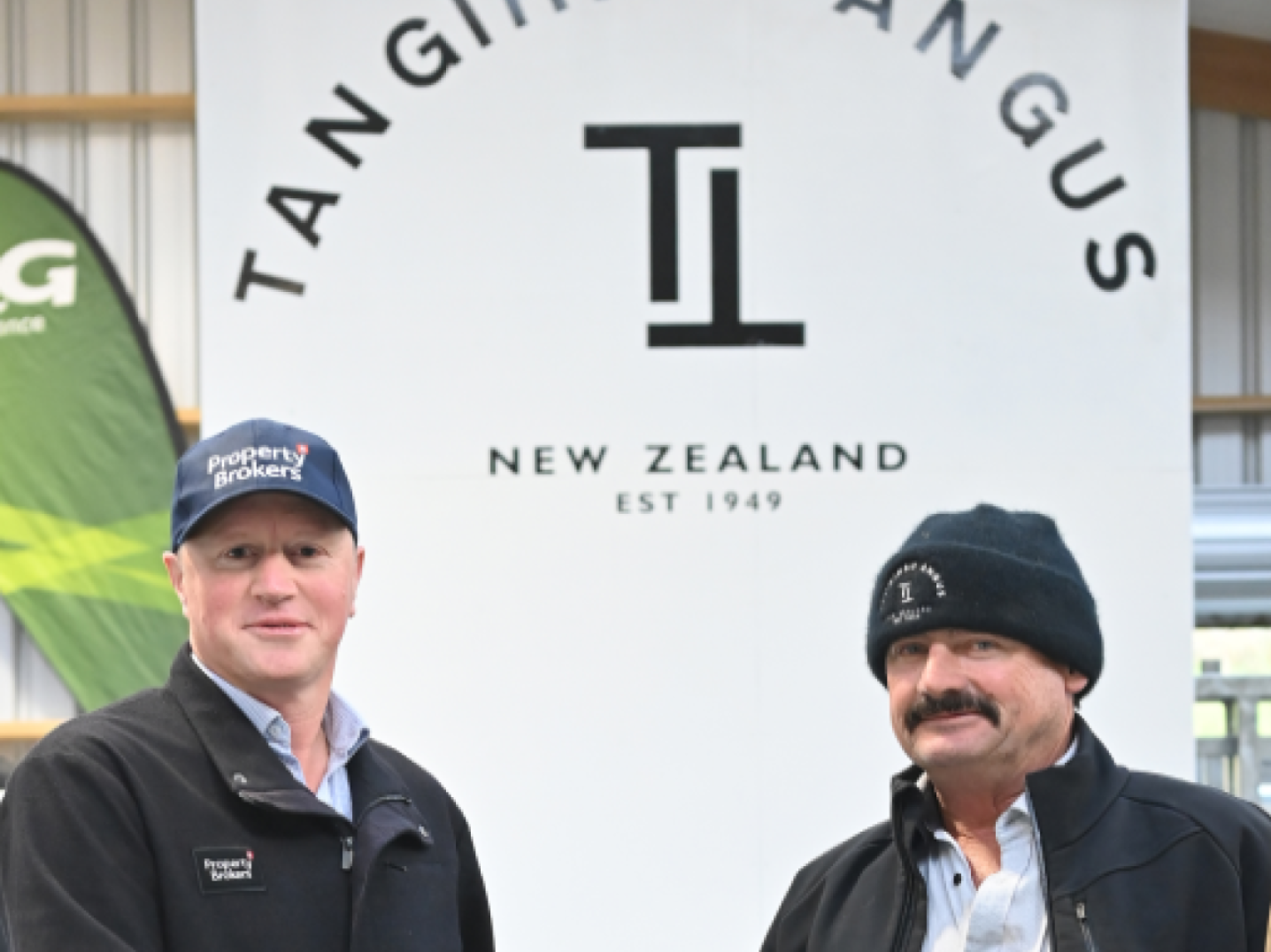 The Ngatapa Club was “blown away” by the generosity shown at the June bull sale at Tangihau Angus at Rere when Lot 23 changed hands twice to net the club $19,000.

The charity bull the stud puts up each year sold initially to Tom Lane of Property Brokers for $6000, and he promptly donated it back to the stud to auction again, and it realised another $13,000.

“A huge, massive thank you to Dean McHardy from Tangihau Angus and to Tom Lane of Property Brokers Gisborne, for your donation of $19,000 — wow!,” said club president Lou Livingston.

Ngatapa RASC set up the fund in 2018 to ensure the longevity of the club, future-proofing it for future generations.
“We are slowly growing our fund, but to add a big payment at once helps to achieve our medium term goal of $100,000 in our fund,” Lou said.

Each year Tangihau chooses an organisation to receive the proceeds of a bull and this year the Ngatapa RASC has been the lucky recipient.
“Our club is very grateful for the generosity of this sale and the people involved - Tangihau Station including the committee and shareholders. “It was an amazing gesture on their part and any increase to the club’s Sunrise Fund is just awesome and helps us realise our goal of securing the club’s future.”

Tangihau Station and Ngatapa RASC have a relationship dating back to 1935 when Laurie J Cooper managed the station and was president of the sub union in 1951 and patron of the club from 1952 -1955.

Tangihau staff have generally always played for Ngatapa with the encouragement of the managers of the station, especially those players new to town. Dean and Jo McHardy’s children have played sport for the club over the years.

“The idea of setting up the named fund was to be able to lock up capital money and ensure that each year and especially during potential down times there was still an annual income from our fund,” Lou said.