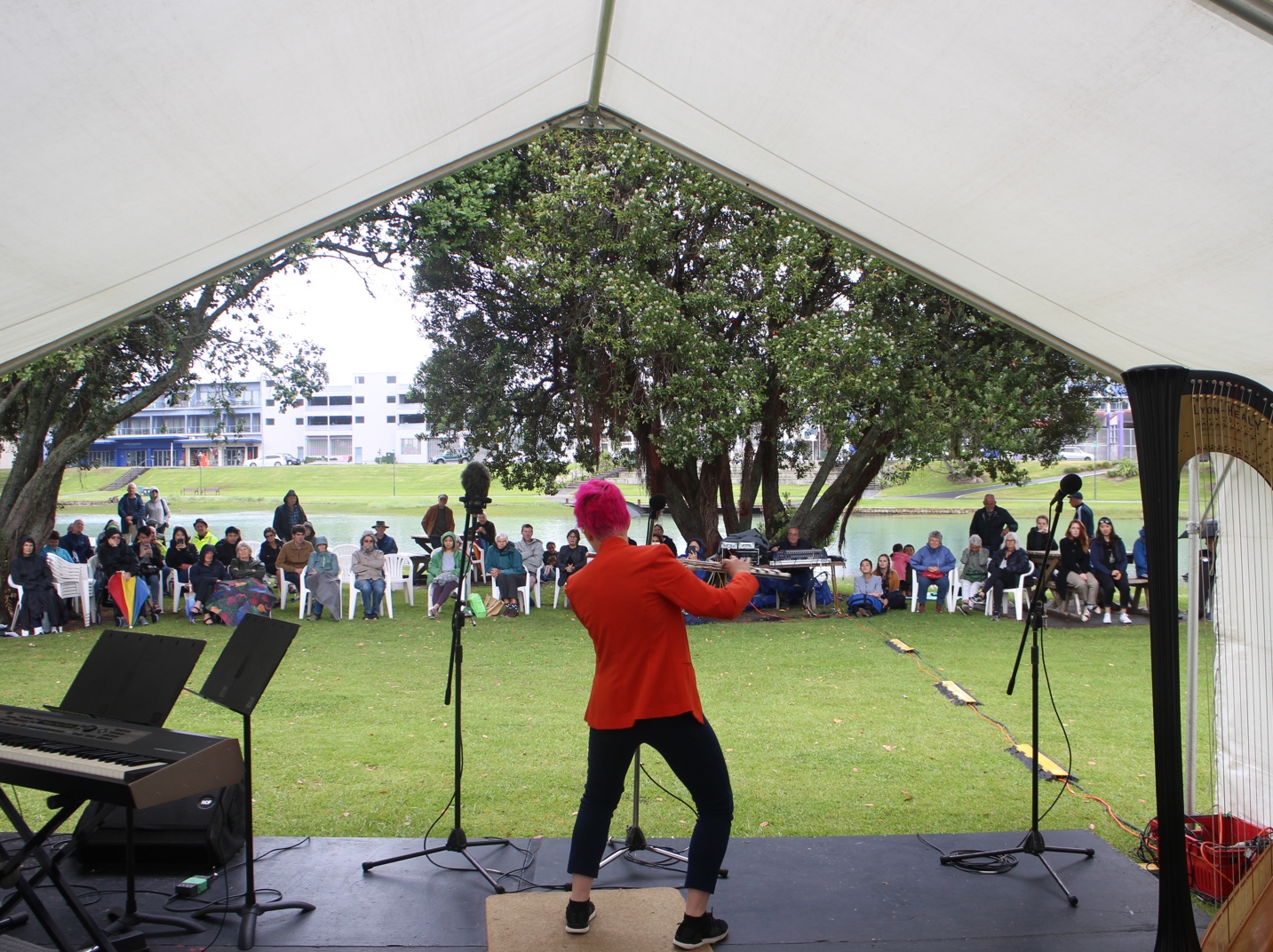 Eliza Shephard (from Wagga Wagga) plays to hardy and enthusiastic crowd at Concert in the Leaves, a free outdoor event put on by the team at the Gisborne International Music Competition

The Gisborne International Music Competition (GIMC) was established in the wake of the 1988 Cyclone Bola to help benefit the community and promote the region throughout New Zealand.

The competition is open to both New Zealand and international players of orchestral instruments aged between 16 and 25 years.

In addition to the competition organisers deliver an extensive community engagement programme, which this year included an intensive three day residency at Gisborne Girls' High, specialist instrumental tuition to secondary students, introducing primary school students to orchestral instruments and a recital for the elderly at the War Memorial Theatre.

Sunrise sponsored their free outdoor music event, Concert Under the Leaves, which took place on the final day of the competition (Saturday, 1 December).

A special feature of Concert Under the Leaves is that it provides the perfect space for grandparents and parents to introduce children to live, classical music, where they can move about, ask questions, talk about the performers and the music, and engage fully with the music.

Although the weather didn't play its part and the day was more "moist" than expected, a hardy and enthusiastic audience gathered under the pohutukawas at Marina Park to gain some shelter from the weather, which oscillated between fine patches, drizzle and rain dumps.

The musicians entered into the spirit of the event whole-heartedly, presenting a range of pieces that included jazz duets and solos, barbershop singing and competition repertoire.

MC Mike Costello kept the audience informed and entertained. At the conclusion of the concert Professor Jack Richards awarded the musicians with a range of cash prizes, including for the most entertaining performance.