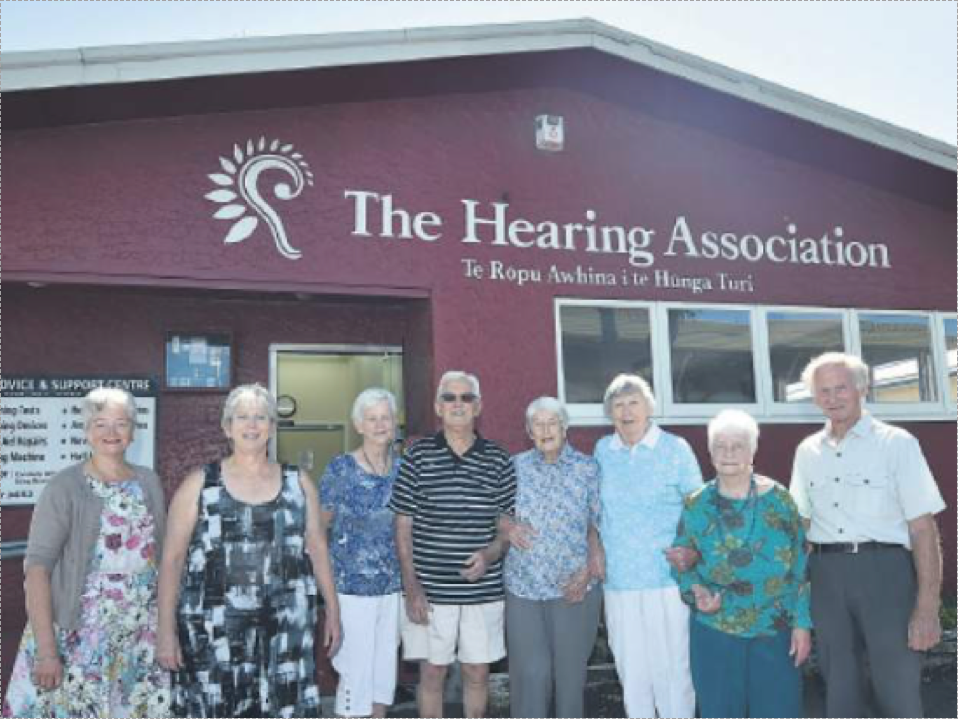 THE END of an era has come for the Gisborne Hearing Association. The long-running advocate for those with a hearing impairment will close its Palmerston Road doors for good on December 22.

It has been a near-70-year run for the association, which started out during a time when being deaf was a social stigma, but is now seeing its membership dry up because of advancements in hearing technology.

“The advent of digital hearing aids has changed how people see the hearing impaired.”

The Gisborne branch of the League for the Hard of Hearing, as the hearing association Gisborne Branch was called, was the first branch in New Zealand to have its own building.

Finance for the erection of the building was gained wholly through public donations without any aid from the Government.

In 2004, the Hearing Association Gisborne branch received a generous bequest from a former member which was partly used to refurbish the building to the high standard it is now.

The group got its start in August of 1948 when Dr Hardie Neil held a meeting that included the deputy mayor, Cook Hospital executives and members of the public.

A decision was made to open a Gisborne branch and the name was changed to Gisborne Hearing Association in 1976.

The association worked with the community and over the years became a place where the hearing impaired could practise lip reading, be assisted to obtain the full benefit from their hearing aids, join in recreational activities and a spirit of companionship to break down their social isolation. More practical help in the cleaning, drying and minor repairs of hearing aids and teaching of communication strategies has been ongoing through the years.

Members of the committee met earlier this week for what may be the penultimate meeting of the organisation. Over the seven decades of the association, its committee members have seen deafness and hearing go from being stigmatised to something that is widely acknowledged as a public health concern.

Mr Weatherley said new advancements in hearing aids and a decline in membership forced the association’s hand.
Despite the closure of the Hearing Association, its work will continue through the Sunrise Foundation, which will keep the capital the association has raised and pay out the interest off the capital in perpetuity.

Sunrise, a community endowment foundation, was launched by The Warehouse founder Sir Stephen Tindall in October 2014.

All donations are invested and the capital is protected.

Every year the interest from the Hearing Association endowment fund (less a small amount which is retained to ensure that the fund grows in line with inflation) will be available to support those in the community with hearing impairments.

Sunrise Foundation executive officer Glenda Stokes said although changing times had forced the association to close, its legacy would continue.

“Those involved with the association have done such great work over the past 70 years,” she said.

“It is sad to see the end of an era but with the creation of this endowment fund, they have ensured those with hearing impairments will continue to be supported forever.”

Committee members say the foundation will have the ability to continue the good work the association has built up, and are fully behind it.

“We feel we are doing the right thing to benefit the people of Gisborne,” association secretary Helen Ovenden said.

“The funds that have been raised by Gisborne people will stay local to help our Gisborne community.”

They all felt the loss of the association was a loss of a social club and a group of friends.

As the committee members shared cake and biscuits, they told stories about how they became involved with the association and how it was so important to them.

Life member Nola McKee said she got involved almost at the beginning because of family and because she felt there might not be a place for deaf people to go in the future.

“My husband (Grant) was president four times and really believed in it, and if you talked to him, it made you interested,” she said.

“Businesses don’t really cater to the social side of things.”

Mr Weatherly said hearing, whether you had it or not, was something that bound people.

“When you’re deaf, you cling together and when you are not deaf, you fly to the four winds,” he said.

“Either way it keeps people together. You share your freedom when you can hear and you are trapped together when you can’t.”

Click here to find out when and how to apply for a grant from the Hearing Assistance Fund.