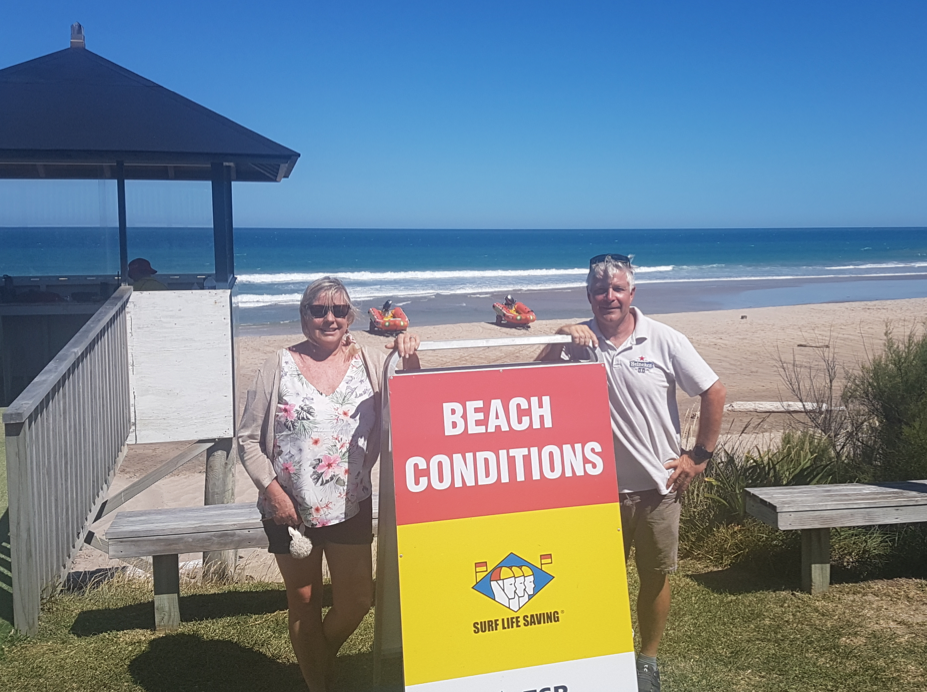 Andrew Putnam, WSLSC Chair, pictured with new Communications Officer Tess McCormick, is grateful for their grant from Sunrise, which has helped immensely as they face rising compliance costs.

Andrew Putnam, Wainui SLSC Chair, says the creation of the role has already shown it’s worth in the short time Tess has been in there.

“It’s certainly paid off, we’ve seen memberships increase by 70 percent and we won a new IRB in the BP Vote the Boat Competition.”

Vandals broke into Wainui’s IRB shed in 2016, stole two of their engines and damaged a third beyond repair. With insurance only covering the cost of one complete engine, the club has struggled to get enough IRBs to patrol their large chunk of coastline. Andrew believes Tess’s prior work in the media was a key factor to them winning against stiff competition from surf clubs around the country.

Andrew added that “fundraising is always a challenge, especially as we are now required to install accessible access to the club. On top of losing our IRB engines, this cost of compliance is really tough for a small club such as ours.”

“We are very grateful for the grant from Sunrise, as Tess’s role is only partly funded by other external sources, and having her has helped us immensely”.